← back to
Stereoscenic Records
Get fresh music recommendations delivered to your inbox every Friday.
We've updated our Terms of Use. You can review the changes here. 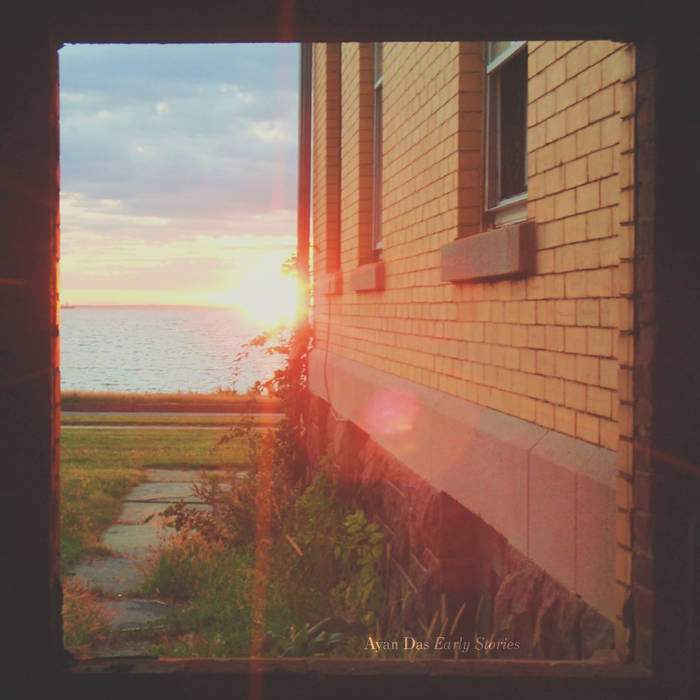 I am Black Hill


This release has been long in coming, and it’s a privilege to present the debut release from Ayan Das. For the past 3 ½ years, he’s been posting his “doodles” on Soundcloud. From these, we have selected the more personal tracks and pieced together the Early Stories.

A few notes from Ayan Das:

Stranger in Their Paths
A song about moving to a new city. For quite a while nothing fits and you feel like a stranger.

Back to Where We Started
One of my earliest songs. Made with a cheap, rusty old guitar I borrowed from a good friend. I kept it for 5 years.

The World as We Knew
During college, I used to live with a nice family. It was simple back then. Winters were quieter. Songs came spontaneously.

Music for a Lone Spacegirl
For all those spacegirls floating in outer space!

Movement
I made this song not very long ago when I discovered that bowing a ukulele makes for a cheap violin.

Floral Avalanche
A song about those sudden pure bursts of joy, nothing more.

Remembrance
Remembering those times when Zan sends me an acoustic guitar recording and it just flows from there.


Listening notes from review on The Death of CDs:

“‘Stranger in Their Paths’ is a gloriously melancholic composition that feels like the rising sun on an early Sunday morning. Airy drones and delicate plucks float above the warm bass, invoking the very best timbres of Cocteau Twins and other alternative/shoegaze bands of the early 90s. ‘Back to Where We Started’ is one of Das’s earliest songs, as he describes it being made with ‘a cheap, rusty old guitar I borrowed from a good friend.’ Nevertheless, the character of the rusty guitar adds to the fragile beauty of the ambient piece, as layers of swells build on top of a simple drum beat and cymbal washes. Although the music on the EP is fairly melodic, ‘The World as We Knew’ is one of the more static and droning pieces of the EP, as oceans of guitars sweep over slightly rhythmic piano melodies and faint birdcalls.

“Both ‘Music for a Lone Spacegirl’ and ‘Movement’ are not only heartbreakingly beautiful in their melodies, but the cathartic climaxes are sure to make anyone cry. Also noteworthy is the bowed ukelele of the latter piece (yes, bowed ukelele…you didn’t think that existed either, did you?), as its heart-wrenching tones sound as good as any Thomas Newman soundtrack. ‘Floral Avalanche’ is reminiscent of the reversed piano and orchestral arrangements from any Sigur Ros album, yet the atmosphere feels darkly cinematic than even the band’s best work. Closer ‘Remembrance’ features a musician by the name of Zan; Das’s droning soundscapes and strings here nicely compliment the emotions of Zan’s acoustic guitar playing.

“In general, ‘Early Stories’ is a fantastic debut EP from this ambient musician. The guitar tones throughout are smooth, and no sound is out of place with the moods Das is going for. It’s a relaxing and pleasurable listen throughout and fits perfectly for relaxing on hot and stormy summer days, or for your sleeping playlist at night. The only real shocker of the entire EP is how Das has been producing such beautiful music for the past half-decade, yet he’s only NOW getting a label release! On the one hand, it’s an astounding outrage, but on the other, the wait has been well worth it. Do yourself a well-deserved favor this Saturday afternoon and tune into these relaxing soundscapes.”

I'm from Calcutta. This is my music.

Bandcamp Daily  your guide to the world of Bandcamp

Frayle's Gwyn Strang and Sean Bilovecky join the show to talk about their cathartic new album.